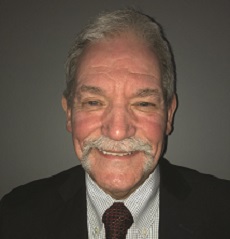 Mark J. Scarbinsky and his wife Millie, are married 47 years and have two children, Brett and Aislinn, and five grandchildren.   They are members of St. Clare of Assisi Parish in St. Clair, where they reside.

Mark retired in 2016 from Schuylkill County Government where he completed his government career as County Administrator after being appointed to the position in 2009.  While serving in that position he was responsible for the administration of all aspects of County Government to include the development and implementation of County fiscal strategies and policies and management of general governmental operations.  He also functioned as the County’s Director of Economic Development being responsible for economic development activities throughout the County.  Prior to that appointment, he was Vice President for the Schuylkill Economic Development Corporation (SEDCO), a state-certified economic development organization, located in Pottsville, PA.

Possessing a diverse employment background in both the public and private sectors, Scarbinsky began his work career in government in Schuylkill County's Technical Assistance Office, where he worked extensively with local governments. He then served in several different management capacities at the state government level with the Governor's Energy Council, the PA Department of Transportation and the PA Department of Agriculture. His sixteen-year private sector experience included holding a position as vice-president for the second largest intercity passenger transportation company in Pennsylvania.

A graduate of Nativity BVM High School in Pottsville, Scarbinsky earned a Bachelor of Arts degree in Political Science from the University of Dayton, Dayton, Ohio.

Mark and his wife Millie also serve as lectors at St. Clare of Assisi Parish along with participating in the Choir and Resurrection Choir. He serves on the Parish finance committee and the Parish advisory committee.